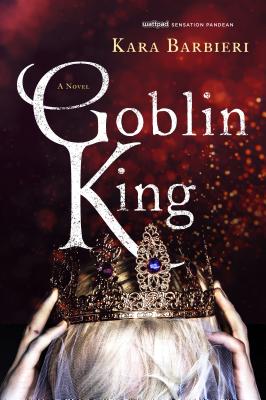 In Kara Barbieri's Goblin King, the stunning sequel in the Permafrost series which began with White Stag, Janneke must find how far she's willing to go to save her world from destruction--even if it means sacrificing everything she's fought for.

The Hunt is over but the War has just begun.

Against all odds, Janneke has survived the Hunt for the Stag--but all good things come with a cost. Lydian might be dead, but he took the Stag with him. Janneke now holds the mantle, while Soren, now her equal in every way, has become the new Erlking. Janneke's powers as the new Stag has brought along haunting visions of a world thrown into chaos and the ghost of Lydian taunts her with the riddles he spoke of when he was alive.

When Janneke discovers the truth of Lydian and his madness, she's forced to see her tormentor in a different light for the first time. The world they know is dying and Lydian may have been the only person with the key to saving it.

Kara Barbieri is a writer living in the tiny town of Hayward, Wisconsin. An avid fantasy fan, she began writing White Stag at eighteen and posting it to Wattpad soon after under the name of ‘Pandean’. When she’s not writing, you can find her marathoning Buffy the Vampire Slayer, reviving gothic fashion, and jamming to synthpop.
Loading...
or support indie stores by buying on