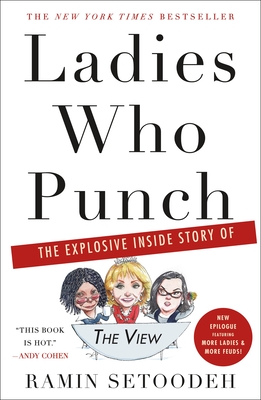 The gossipy real-life soap opera behind a serious show.

"Ladies Who Punch, Ramin Setoodeh's tell-all about The View, is teeming with the kind of gossipy revelations you'll want to tell your friends after you're done. Escape the daily responsibilities by diving into this juicy read about the history of the iconic talk show." -O: The Oprah magazine, "Best Books for Moms"

“It’s already stirring up so much drama I’m considering asking it to be a New York housewife next season… This book is hot.” –Andy Cohen

RAMIN SETOODEH, an award-winning journalist, is the New York bureau chief for Variety. He was formerly a senior writer at Newsweek and has also written for The Wall Street Journal, the Los Angeles Times, and U.S. News & World Report, among other publications. Ladies Who Punch is his first book. He lives in New York City.
Loading...
or support indie stores by buying on