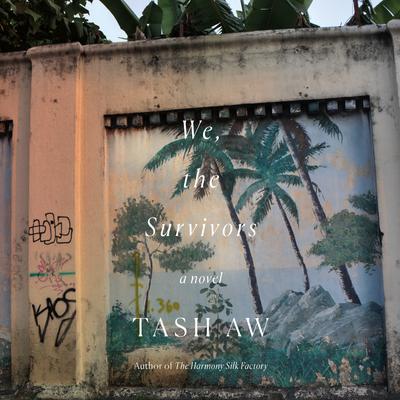 We, the Survivors (Digital Audiobook)

From the author of The Harmony Silk Factory and Five Star Billionaire, a compelling depiction of a man’s act of violence, set against the backdrop of Asia in flux.

Ah Hock is an ordinary man of simple means. Born and raised in a Malaysian fishing village, he favors stability above all, a preference at odds with his rapidly modernizing surroundings. So what brings him to kill a man?

This question leads a young, privileged journalist to Ah Hock’s door. While the victim has been mourned and the killer has served time for the crime, Ah Hock's motive remains unclear, even to himself. His vivid confession unfurls over extensive interviews with the journalist, herself a local whose life has taken a very different course. The process forces both the speaker and his listener to reckon with systems of power, race, and class in a place where success is promised to all yet delivered only to its lucky heirs.

An uncompromising portrait of an outsider navigating a society in transition, Tash Aw’s anti-nostalgic tale, We, the Survivors, holds its tension to the very end. In the wake of loss and destruction, hope is among the survivors.

Tash Aw was born in Taipei and brought up in Malaysia. He is the author of three novels, The Harmony Silk Factory, which was the winner of the Whitbread First Novel Award and the Commonwealth Writers’ Prize for Best First Novel and was long-listed for the Man Booker Prize; Map of the Invisible World; and Five Star Billionaire, also longlisted for the Man Booker Prize in 2013. He is also the author of a memoir of an immigrant family, The Face: Strangers on a Pier, a finalist for the LA Times Book Prize.