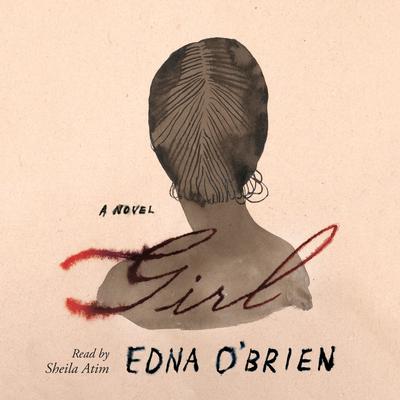 Girl, Edna O’Brien’s hotly anticipated new audiobook, envisages the lives of the Boko Haram girls in a masterpiece of violence and tenderness.

So begins Girl, Edna O’Brien’s harrowing portrayal of the young women abducted by Boko Haram. Set in the deep countryside of northeast Nigeria, this is a brutal story of incarceration, horror, and hunger; a hair-raising escape into the manifold terrors of the forest; and a descent into the labyrinthine bureaucracy and hostility awaiting a victim who returns home with a child blighted by enemy blood.

From one of the century's greatest living authors, Girl is an unforgettable story of one victim’s astonishing survival, and her unflinching faith in the redemption of the human heart.

Edna O’Brien has written more than twenty works of fiction, most recently The Little Red Chairs. She is the recipient of numerous awards including the Irish PEN Lifetime Achievement Award, the American National Arts Gold Medal, and the Ulysses medal, as well as the Frank O’Connor Prize. Born and raised in the west of Ireland, she has lived in London for many years, and was appointed a Dame of the British Empire for her services to literature.