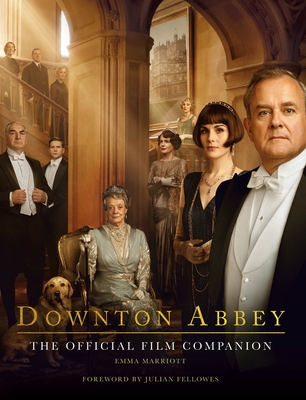 Downton Abbey: The Official Film Companion is a stunning memento, bringing the world and the characters of our favorite fictional country house to life. Featuring spectacular photographs from the production, interviews with the cast and crew, and a look into the historical and geographical backdrop of the film, this official guide to the Downton Abbey film is made to be treasured and loved by fans across the globe.

The film revolves around the King and Queen making an official visit to Downton in 1927, and not only sees the return of all the main cast from the final television series, but also introduces some great British actors to the world of Downton, as we meet the royal family and their retinue. The accompanying book is lavishly illustrated with stunning shots from both behind and in front of the camera, which capture some wonderful off-guard moments during filming, as well as the original costume illustrations.

EMMA MARRIOTT is a writer and editor, and author of several popular history books, including the bestselling series I Used to Know That: History and The History of the World in Bite-Sized Chunks. As a former in-house senior editor at Macmillan UK, she also has extensive experience editing a wide range of television and film tie-in books.Emma lives in Bedfordshire, England with her husband and three children.