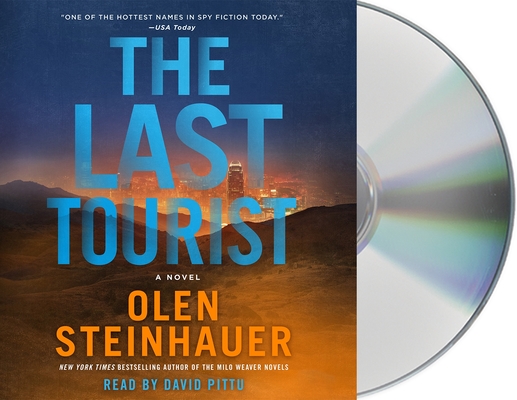 “Stunning . . . Steinhauer reinforces his position at the top of the espionage genre.” —Publishers Weekly, Starred Review

A decade later, Milo is hiding out in Western Sahara when a young CIA analyst arrives to question him about a series of suspicious deaths and terrorist chatter linked to him.

Their conversation is soon interrupted by a new breed of Tourists intent on killing them both, forcing them to run.

As he tells his story, Milo is joined by colleagues and enemies from his long history in the world of intelligence, and the young analyst wonders what to believe. He wonders, too, if he’ll survive this encounter.

After three standalone novels, Olen Steinhauer returns to the series that made him a New York Times bestseller.

"Olen Steinhauer is one of the most talented of the new generation of spy writers. His characters are nuanced, his storylines rooted in today’s headlines but with added zing, like a burst of citrus in a dry Martini...the skill of Steinhauer’s writing makes this much more than a standard chase thriller." -- Financial Times


Praise For The Last Tourist: A Novel (Milo Weaver #4)…

Praise for the Milo Weaver series

THE TOURIST
“A protagonist who’s as winning as he is wily.” —Stephen King, Entertainment Weekly

THE NEAREST EXIT
“Milo Weaver, Steinhauer’s hero, is the opposite of Swagger and Reacher—he is conflicted and neurotic and hopelessly sentimental—but no less entertaining.” —Malcolm Gladwell, TheNewYorker.com

AN AMERICAN SPY
“Olen Steinhauer’s Milo Weaver novels are must-reads for lovers of the genre.” —The Washington Post

“Readers are irresistibly drawn into Weaver's dogged struggle to unravel a complicated game of cat and mouse.” —USA Today