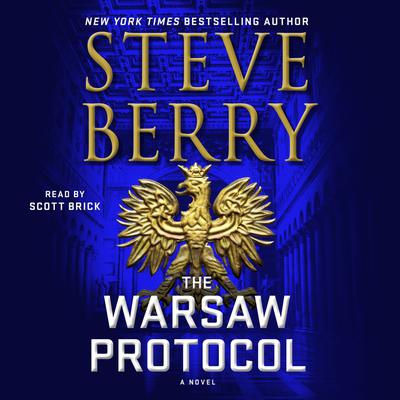 Critically-acclaimed and award-winning narrator Scott Brick returns to his role as Cotton Malone — eponymous hero of Berry's iconic New York Times bestselling series — as the seven precious relics of the Arma Christi, the weapons of Christ, disappear one by one from sanctuaries across the world.

"Brick is a masterful narrator, raising the tension in the action scenes while keeping the listener engaged in the slower historical segments." - AudioFile Magazine on The Malta Exchange