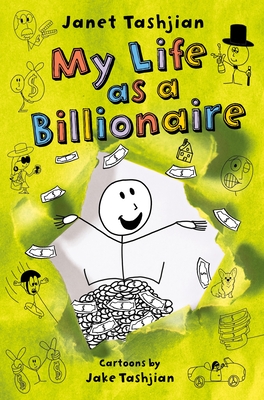 My Life as a Billionaire (The My Life series #10)

Janet and Jake Tashjian’s My Life as a Billionaire is Book 10 in the much-loved, illustrated My Life series.

Derek Fallon won the lottery and now gets to split over a billion dollars with a friend—the buying possibilities are endless—skateboards!, sneakers! video games!, a backyard skateboard park!!!—let the shopping begin. But Derek is soon challenged with new obstacles that he hadn’t thought of before. Having money to spend should make his life easier but it’s bringing with it lots of anxiety. It’s up to Derek to find a balance with his newfound wealth, and to consider the best ways to spend his money.