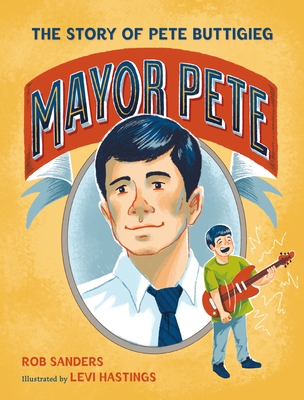 
Praise For Mayor Pete: The Story of Pete Buttigieg (Who Did It First?)…

Rob Sanders is an acclaimed writer who teaches, and a teacher who writes. He is the author of Cowboy Christmas, Crystal Kite-winner Outer Space Bedtime Race, Ruby Rose - Off to School She Goes, Ruby Rose - Big Bravos, Rodzilla, Pride: The Story of Harvey Milk and the Rainbow Flag, and Peaceful Fights for Equal Rights. Rob lives in Florida where he teaches elementary school.

Levi Hastings is an illustrator who specializes in stories about the natural world and queer history. He has illustrated the picture books Spirit of Springer: The Remarkable Story of an Orphaned Orca and Mayor Pete: The Story of Pete Buttigieg. He lives in Seattle, Washington.
Loading...
or support indie stores by buying on