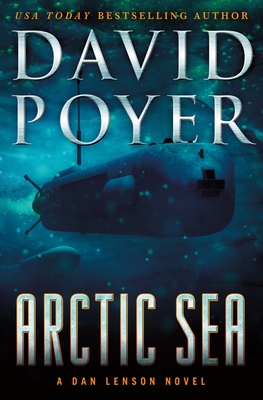 Arctic Sea is the next thrilling entry in David Poyer's critically-acclaimed future war series. In the aftermath of a world war with China, Admiral Dan Lenson is assigned to set up a US Navy base on the rugged North Slope of Alaska, in response to Russian seabed claims that reach nearly to the US coast. Yet the current administration seems oddly reluctant to confront Russian aggression. At the same time, the International Criminal Court is accusing Dan of a war crime.

Back in Washington, Blair Titus is running Jim Yangerhans’s campaign for president, while Dan’s daughter Nan battles disease in a radiation-soaked Midwest. But when Moscow plans to test the Apocalyps, a nuclear powered citykiller torpedo, in the Arctic Sea, Dan is sucked into a perilous covert mission. Will a barely victorious America survive dangerous new threats...both from without, and within?

Praise for Violent Peace:
"Evocative prose is a plus, and the ending opens new territory to explore in coming volumes. This is a series like no other in the military thriller genre." —Publishers Weekly (starred)

Praise for Overthrow:
"Brilliant...an uncommon tour-de-force in naval fiction, written by a master of the genre." —Quarterdeck

DAVID POYER's sea career included service in the Atlantic, Mediterranean, Arctic, Caribbean, and Pacific. He's the author of over forty novels and works of nonfiction including the War with China series: Tipping Point, Onslaught, Hunter Killer, and Deep War. Poyer's work has been required reading in the Literature of the Sea course at the U.S. Naval Academy, along with that of Joseph Conrad and Herman Melville. He lives on the Eastern Shore of Virginia.
Loading...
or
Not Currently Available for Direct Purchase