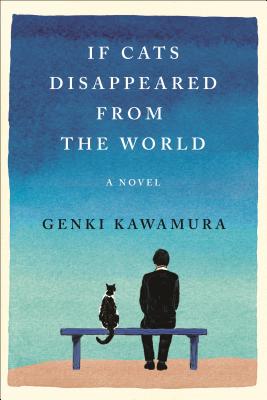 If Cats Disappeared from the World

The international phenomenon that has sold more than two million copies, If Cats Disappeared from the World--now a Japanese film--is a heartwarming, funny, and profound meditation on the meaning of life.

The young postman’s days are numbered. Estranged from his family and living alone with only his cat, Cabbage, to keep him company, he was unprepared for the doctor’s diagnosis that he has only months to live. But before he can tackle his bucket list, the devil shows up to make him an offer: In exchange for making one thing in the world disappear, the postman will be granted one extra day of life. And so begins a very strange week that brings the young postman and his beloved cat to the brink of existence.

With each object that disappears, the postman reflects on the life he’s lived, his joys and regrets, and the people he’s loved and lost.

This timeless tale from Genki Kawamura (producer of the Japanese blockbuster animated movie Your Name) is a moving story of loss and reconciliation, and of one man’s journey to discover what really matters most in life.


Praise For If Cats Disappeared from the World: A Novel…

“At first, If Cats Disappeared from the World feels as light and puzzling as a fairy tale, but then, steadily, chapter by chapter—using nothing more than conversation, memory, and a winning narrator's searching, sensitive thought experiments—it raises its cosmic stakes higher than any thriller. Like a padding cat or the shadow of death, Genki Kawamura's book snuck up on me; the next thing I knew, I was crying.” —Robin Sloan, New York Times bestselling author of Mr. Penumbra’s 24-Hour Bookstore and Sourdough

"If you're a fan of The Guest Cat (or even just cats generally), you'll love this." —The Sunday Times (UK)

"A funny and heartwarming meditation on the meaning of life." —Book Riot

"A warm, quirky novel on life, love, family estrangement and what remains when we are gone with a surprising emotional charge." —The Observer (UK)

"A poignant, affecting story about facing up to one's mortality, taking responsibility for one's choices and deciding what truly holds value." —The Herald (UK)

"The story will have readers re-evaluating the possessions they have and what they might gain from losing them...and are sure to come away from the story seeing the world and the people around them a little differently." —International Examiner

GENKI KAWAMURA is an internationally bestselling author. If Cats Disappeared from the World was his first novel and has sold over two million copies in Japan and has been translated into over fourteen different languages. His other novels are Million Dollar Man and April Come She Will. He has also written children's picture books including Tinny & The Balloon, MOOM, and Patissier Monster. Kawamura occasionally produces, directs, and writes movies, and is a showrunner. He was a producer of the blockbuster anime film Your Name.

Eric Selland is a a poet, translator, and the author. His translation of The Guest Cat, a novel by Takashi Hiraide, was on the New York Times bestseller list in February 2014. He has also published articles on Japanese modernist poetry and translation theory. He is the author of The Condition of Music, Inventions, and an essay in The Poem Behind the Poem: Translating Asian Poetry. Eric currently lives in Tokyo, where he works as a translator of economic reports.
Loading...
or support indie stores by buying on