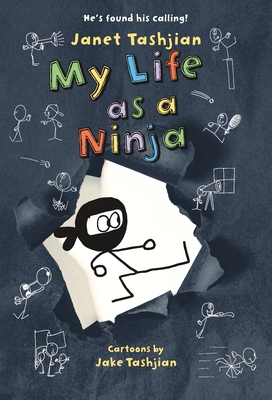 Derek Fallon has expanded his taste in cartoons to the world of manga and anime. Together with his friends Carly, Matt, and Umberto, Derek has fun learning about all the cool aspects of ninja culture.

When someone starts vandalizing their school with graffiti of a mischievous troll-like figure, these ninjas-in-training are convinced they'll be able to crack the case. But it turns out that being a ninja is a lot more work than they thought, and this adventure brings about new opportunities for Derek to embarrass himself. For once, can he be the hero that saves the day?

Find out in the sixth illustrated installment of the beloved middle-grade series!

Praise for the My Life series: