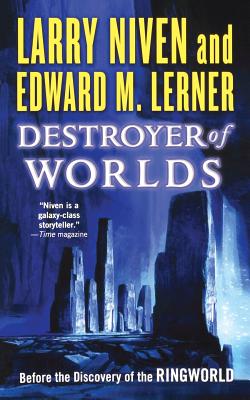 Worlds closer to the galatic core than Known Space are --or were-- home to intelligent speciers. Some learned of the core explosion in time to flee.

Destroyer of Worlds opens in 2670, ten years after Juggler of Worlds closes; with refugee species fleeing in an armada of ramscoops in the direction of the Fleet of Worlds. The onrushing aliens are recognized as a threat; they have left in their trail a host of desolated worlds: some raided for supplies, some attacked to eliminate competition, and some for pure xenophobia.

Only the Puppeteers might have the resources to confront this threat--but the Puppeteers are philosophical cowards... they don't confront anyone. They need sepoys to investigate the situation and take action for them. The source of the sepoys? Their newly independent former slave world, New Terra.