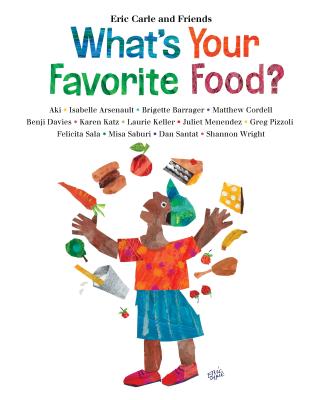 A new title in the Eric Carle and Friends What's Your Favorite picture book series, in which Eric Carle and thirteen other beloved children's book artists illustrate their favorite foods and explain why they love them.

"A book certain to engross and enthrall." —Kirkus Reviews, starred review, on What's Your Favorite Color?

"A varied and engaging omnibus that offers real insight into the lives and personalities of these artists." —Publishers Weekly, starred review, on What's Your Favorite Animal?