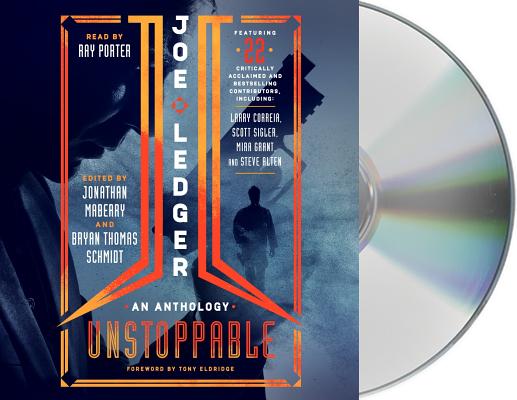 Joe Ledger is a former Baltimore cop who was recruited into a secret government agency tasked with stopping terrorists who are using bleeding-edge science weapons. The stakes are always high. If you have to call Joe Ledger, it’s already hit the fan!

"A fast-paced, brilliantly written novel. The hottest thriller of the New Year!" —Brad Thor on The King of Plagues

“Wow! From the first page of Patient Zero you know you're in the hands of a master.” —M.J. Rose - bestselling author of The Reincarnationist

“The Ledger novels are exciting sf thrillers that just happen to involve stuff that's a little out there.” —Booklist, starred review on Extinction Machine

"With too many memorable tales to name in a review, let us just say that Ledger is a 'star' no matter where he appears in this antholog, and will have fans and future-fans lining up to learn even more about what Joe Ledger's world has to offer." --Amy Lignor for Suspense Magazine

Ray Porter is a prolific voice actor that has recorded for over 100 audio books and dozens of television series, video games and video shorts.  Among his wide variety of audiobook credits are The Silver Linings Playbook, The Black Hole War, and the Joe Ledger series. He claims, “With every book I’ve done, I have found that the author has a voice and if I can just do my best to stay out of the way of that voice, then the writer will convey what he’s trying to put across. So for me, it’s really more about enabling the text and what the author is trying to say.”
Loading...
or
Not Currently Available for Direct Purchase