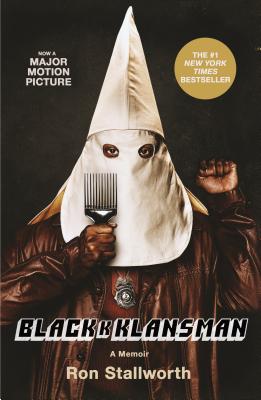 Race, Hate, and the Undercover Investigation of a Lifetime


Praise For Black Klansman: Race, Hate, and the Undercover Investigation of a Lifetime…

" A fascinating memoir of an extraordinary inquiry into a recrudescent Knights of the Ku Klux Klan."
— The San Francisco Chronicle

“I was just blown away. I couldn’t believe I had never heard about it. It’s one of these pieces of reality that almost plays like social satire. I was immediately obsessed with this story.”
-Jordan Peele in The Hollywood Reporter

“A direct, furious protest against the Trump era.”
— The New York Times

“The astonishing true story of one of the riskiest undercover investigations in American history — an improbable early-’70s case in which black police detective Ron Stallworth applied for and was ultimately granted membership in the Ku Klux Klan… a compelling black empowerment story.”
— Variety

"A searing look at hate groups from the inside out, as well as a captivating true story that you'll never forget."
— Bustle

“Stallworth’s story is so wild you can barely believe it—but certainly not wilder than the virulent resurgence of white supremacy in this country, so extreme it goes beyond the reach of satire.”
— Time Magazine