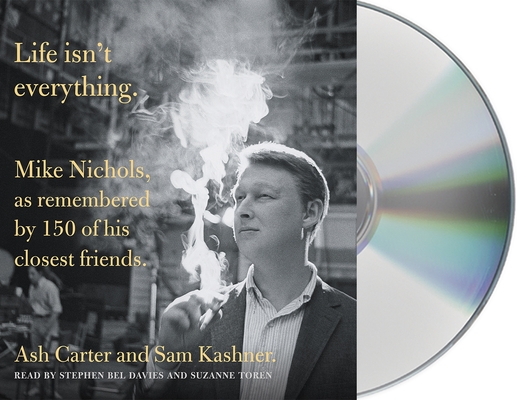 Sam Kashner is a contributing editor at Vanity Fair and writer of Sinatraland (a New York Times and L.A. Times Notable Book); When I Was Cool: My Life At the Jack Kerouac School; he co-authored of the New York Timesbestsellers Furious Love: Elizabeth Taylor, Richard Burton, and the Marriage of the Century and The Fabulous Bouvier Sisters: The Tragic and Glamorous Lives of Jackie and Lee.

Suzanne Toren has over 30 years of experience in recording.  She won the American Foundation for the Blind's Scourby Award for Narrator of the Year in 1988, and AudioFile magazine named her the 2009 Best Voice in Nonfiction & Culture.  She is also the recipient of multiple Earphones Awards. Her many credits include works by Jane Smiley, Margaret Weis, Jerry Spinelli, Barbara Kingsolver, and Cynthia Rylant. AudioFile also raves, “Toren brings a distinguishing warmth and power to her narrations. Her talents extend to both fiction and nonfiction, and in her recording career of 30-plus years she has given listeners heart-wrenching memoirs, lively history, engaging light fiction, and involving mysteries.” Toren also performs on and off-Broadway and in regional theatres.
or
Not Currently Available for Direct Purchase
Copyright © 2020 American Booksellers Association