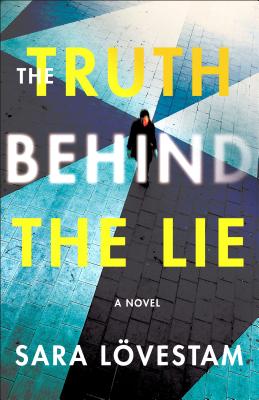 The Truth Behind the Lie

The Truth Behind The Lie is Sara Lövestam’s award-winning and gripping novel about blurred lines, second chances, and the lengths one will go to for the truth.

When a six-year-old girl disappears and calling the police isn’t an option, her desperate mother Pernilla turns to an unlikely source for help. She finds a cryptic ad online for a private investigator:
“Need help, but can’t contact the police?”

That’s where Kouplan comes in. He’s an Iranian refugee living in hiding. He was forced to leave Iran after news of his and his brother's involvement with a radical newspaper hated by the regime was discovered. Kouplan’s brother disappeared, and he hasn’t seen him in four years. He makes a living as a P.I. working under the radar, waiting for the day he can legally apply for asylum.

Pernilla’s daughter has vanished without a trace, and Kouplan is an expert at living and working off the grid. He’s the perfect PI to help… but something in Pernilla’s story doesn’t add up. She might need help that he can’t offer...and a little girl’s life hangs in the balance.


Praise For The Truth Behind the Lie: A Novel…

"A delightfully quirky mystery … In Lövestam’s remarkable hands, this enigmatic pair lures readers in, slowly, one detail at a time. Hopefully, Pernilla and Kouplan will be back soon for another adventure."—Publishers Weekly (starred review)

"Absolutely compelling. This mystery has a moral center, with a growing bond between two beautifully realized characters, and a gut-clenching depiction of what it’s like to live in constant fear."—Booklist (starred review)

"The best of novels. Not only because of the topics...but also for the humanity that exhales. And the prose: so delicate and balanced." —Göteborg Posten, Swedish Newspaper

"Empathy, identity, and the transformative power of music bind this tale of an atypical friendship between a teenage outcast and a jazz musician." —Publishers Weekly, starred review

"A coming-of-age tale of a young artist...as soulful as it is triumphant." —School Library Journal

Sara Lövestam is a Swedish novelist, born in 1980 and living in Stockholm. She writes in many genres — historical novels, Y/A, crime — but her books all deal with deeply human struggles, such as challenging perspectives, dealing with alienation, and being true to oneself. Lövestam worked for many years as a Swedish teacher for immigrants, and says a lot of her inspiration comes from her students. She enjoys music, carpentry, and learning new languages.
or support indie stores by buying on