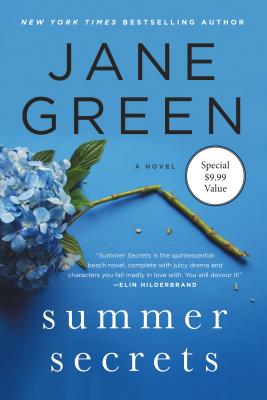 Told with Jane Green's keen eye for detailing the emotional landscape of the heart, Summer Secrets is at once a compelling drama and a beautifully rendered portrait of relationships, betrayals, and forgiveness; about accepting the things we cannot change, finding the courage to change the things we can, and being strong enough to weather the storms.

As the years pass, Cat grows into her forties, a struggling single mother, coping with a new-found sobriety and determined to finally make amends. Traveling back to her past, to the family she left behind on Nantucket all those years ago, she may be able to earn their forgiveness, but in doing so she may risk losing the very people she loves the most.


Praise For Summer Secrets: A Novel…

A former feature writer for the Daily Express in the UK, Jane Green took a leap of faith when she left, in 1996, to freelance and work on a novel. Seven months later, there was a bidding war for her first book, Straight Talking, the saga of a single career girl looking for the right man. The novel was a hit in England, and Green was an overnight success. She's since written many bestselling novels including The Beach House, Second Chance, Jemima J, and Tempting Fate. Most weekends see her cooking for a minimum of twenty people in her home in Westport, Connecticut, where she lives with her husband and their blended family. When she is not writing, cooking, filling her house with friends and looking after their animals, she is usually thanking the Lord for caffeine-filled energy drinks.
Loading...
or
Not Currently Available for Direct Purchase