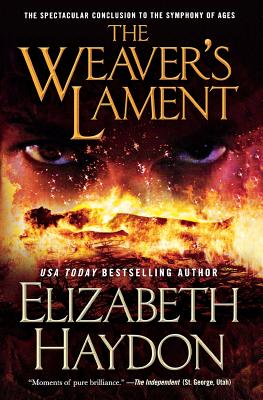 The Weaver's Lament (The Symphony of Ages #9) (Paperback)

As the daughter of an air force officer, ELIZABETH HAYDON began traveling at an early age and has since traveled all over the world. She draws on the imagery of these visits in The Symphony of Ages series, and blends her love of music, anthropology, herbalism and folklore into much of her writing. Haydon is also a harpist and a madrigal singer (a singer of medieval songs). She lives with her family on the East Coast.

Praise For The Weaver's Lament (The Symphony of Ages #9)…