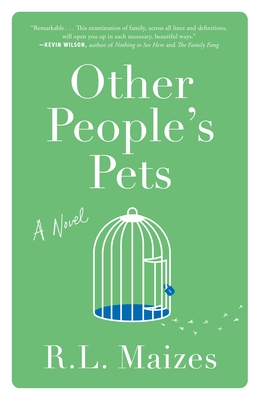 R.L. Maizes’s novel, OTHER PEOPLE’S PETS (Celadon Books, Macmillan), is a Colorado Book Award Winner and a Library Journal Best Debut of Summer/Fall 2020. She is the author of the short story collection WE LOVE ANDERSON COOPER (Celadon Books). Her stories have aired on National Public Radio, and can be found in Electric Literature’s Recommended Reading and in The Best Small Fictions 2020. Maizes’s essays have been published in The New York Times, The Washington Post, O Magazine, and Literary Hub and have aired on NPR. Her humor articles have run in The New York Times and in McSweeney’s Internet Tendency. Maizes was born in Queens, New York, and lives in Boulder County, CO.
Loading...
or
Not Currently Available for Direct Purchase