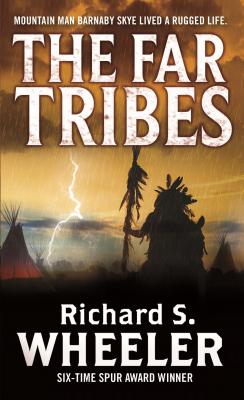 There are many legends of great mountain men, hunters and trappers who manage to survive on their own in the harsh landscapes and forests of the West. The frontier is full of adversity, from blood-hungry natives to the vicious beasts of the mountains, and the one name that all men of the frontier praise and whisper as if in prayer is Barnaby Skye.

Elkanah Morse came west from Lowell, Massachusetts with one goal in mind: to study the ways of the far tribes. But entrance into their world is not easy. Only one man is capable of bringing him to the natives safely, only one man who knows exactly what to bring for trade.

But Skye's advice is not enough. When rumors begin to spill that Morse is being held captive by one of the most vicious tribes in the mountains, Barnaby Skye feels compelled to take to the mountains and rescue the man . . . but he must face his most brutal battle yet.