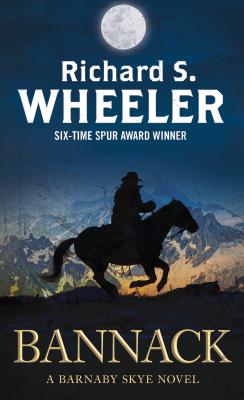 If Barnaby Skye had not wanted the new Henry repeating rifle so badly, he would have thought more than twice about leading this particular group of pilgrims from Ft. Laramie into the new Idaho territory. The company includes Alvah Riddle, marriage broker, escorting three mail-order brides; Goldtooth Joyce and other sporting women from a house in Memphis, looking to get rich quick; Blueberry Hill, runaway slave and piano player; and the man calling himself Cornelius Vanderbilt – a gambling man with a fixed deck and hidden guns.

Even before the trip began, Skye knew this group would be trouble. Then came the deserters, the flash flood, and the village of Old Bull. And after that, things got bad…

“A promising start in what appears to be an absorbing, authoritative series.” —Kirkus Reviews

“Wheeler is a master storyteller whose many tales of the Westerward movement...deftly weave fact, fiction, and folklore into pure entertainment.” —Library Journal

“No one does it better than Wheeler… an extraordinary writer.” —The Round-Up Quarterly