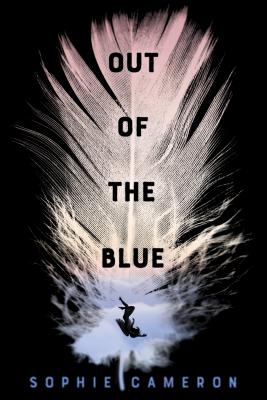 Set against the backdrop of a society trying to come to grips with the possibility of a world beyond, Sophie Cameron's young adult debut, Out of the Blue, is the story of how one unexpected turn of events can put you on a path toward healing.

When otherworldly beings start falling from the sky, it seems like the end of days are near—but for one girl, it’s just the beginning of an adventure that will change her life.

Jaya's life has completely fallen apart. Her mother is dead, her dad is on an obsessive wild goose chase, and mysterious winged beings are falling from the sky. For the past nine months, none of the them have survived the plummet to Earth, but when a female being lands near Jaya—and is still alive—she doesn’t call the authorities. She hides the being and tries to nurse her back to health.

Praise for Out of the Blue:

"The hottest queer YA book of the season." —Entertainment Weekly


Praise For Out of the Blue: A Novel…

"The hottest queer YA book of the season." - Entertainment Weekly
An ALA 2019 Rainbow Bool List selection for Young Adult Fiction

"An explanation for the Beings and the falling is never given, an ambiguity that allows readers to focus less on the fantastical details and more on the impact of loss and the uncertainty it leaves behind." -Bulletin of the Center for Children's Books

"This artful, thought-provoking novel is perfect for philosophical teens." -Booklist

Sophie Cameron was born in the Scottish Highlands and studied French & Comparative Literature at the University of Edinburgh. She has lived in France, Canada, Germany and is currently based in Spain, where she works as an editor for an events magazine and spends her free time reading, running and learning lots of languages.

Sophie is the author of Out of the Blue.