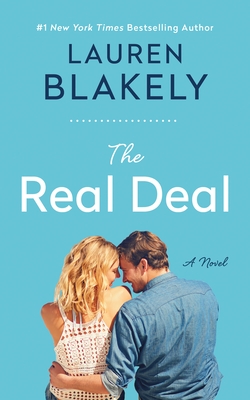 Is it possible to find someone real when you’re looking for love online?


April Hamilton wants you to know she hasn’t been on GigsForHire since that time she sold her futon after college. She doesn’t spend that much time on at home, on her computer—really. And even if she did? She would NOT be shopping for romance on a digital dating site. But going by herself to her family’s summer reunion isn’t something she’s not sure she can own up to, either. So when she happens to see an online ad for a boyfriend-for-hire, she’s ready to pay to play.


Theo Banks has been running from the past for years. He’s close to finally settling all his debts, and just one more pretend-boyfriend gig should do the trick. Given his acting chops, Theo knows how to slip into character—including the one that requires him to hold April’s heart. But playing this role might not be as easy as Theo bargains for as the sparks fly, the desire heats up. . .and his and April’s real feelings can no longer be denied.

A #1 New York Times bestselling author, Lauren Blakely is known for her contemporary romance style that’s hot, sweet and sexy. She lives in California with her family and has plotted entire novels while walking her dogs.

With more than a dozen New York Times bestsellers, her titles--including The Real Deal, Bigger Rock, and Most Likely to Score--have appeared on the New York Times, USA Today, and Wall Street Journal Bestseller lists more than eighty times, and she’s sold more than 2 million books. She enjoys comedies, cake and good company.