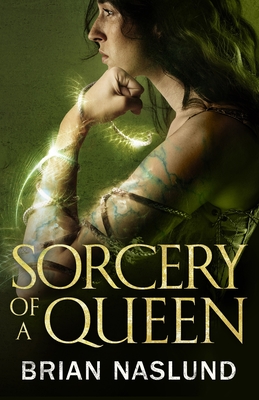 Sorcery of a Queen (Dragons of Terra #2)

They called her the Witch Queen...

Driven from her kingdom, the would-be queen now seeks haven in the land of her mother, but Ashlyn will not stop until justice has been done. Determined to unlock the secret of powers long thought impossible, Ashlyn bends her will and intelligence to mastering the one thing people always accused her of, sorcery.

Meanwhile, having learned the truth of his mutation, Bershad is a man on borrowed time. Never knowing when his healing powers will drive him to a self-destruction, he is determined to see Ashlyn restored to her throne and the creatures they both love safe.


Praise For Sorcery of a Queen (Dragons of Terra #2)…

“A page-turning, action-packed tale full of memorable characters, set within a world full of dragons . . . It doesn't get much cooler than this" —John Gwynne on Blood of an Exile

"Exciting, epic and wonderfully told, full of subtle humour and laugh laugh-out-loud lines" — Angus Watson on Blood of an Exile

"A fast, fun fantasy full of dragons and traitors, humor and bloody action." —Django Wexler on Blood of an Exile

"A page-turning, edge-of-your-seat read that breathes new (fiery) life into dragon mythology." —Kirkus on Blood of an Exile

"Bershad is both cantankerously funny and endearingly human." —Library Journal on Blood of an Exile

Brian Naslund had a brief stint in the New York publishing world but quickly defected to tech in Denver where he does internet marketing. He is the author of Blood of an Exile.
Loading...
or support indie stores by buying on
(This book is on backorder)