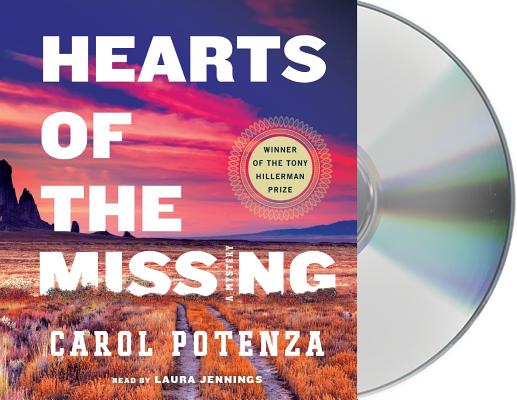 Hearts of the Missing

"Narrator Laura Jennings believably delivers the intonations of a number of Native American characters in this mystery...Overall, Jennings's reserved tone and low pitch give a note of solemnity and respect to a culture that has been historically marginalized." — AudioFile Magazine, Earphones Award winner


Praise For Hearts of the Missing: A Mystery…

Carol Potenza is an Assistant Professor of Chemistry and Biochemistry at New Mexico State University. She and her husband, Jose, live in Las Cruces, New Mexico. Hearts of the Missing, her debut novel, is the winner of the 2017 Tony Hillerman Prize.
Loading...
or
Not Currently Available for Direct Purchase