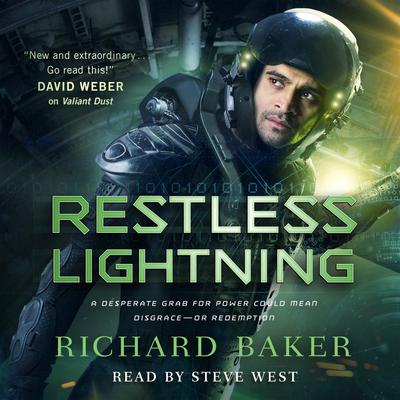 Richard Baker continues the adventures of Sikander North in Restless Lightning, the second audiobook in his new military science fiction series, Breaker of Empires, and sequel to Valiant Dust.

RICHARD BAKER is a former United States Navy officer and a well-known game designer. He is also the author of Several novels, including the New York Times bestseller Condemnation and the highly acclaimed The Last Mythal trilogy. His game design credits include the Alternity Science Fiction Roleplaying Game, and the Axis & Allies Naval Miniatures Game—the best-selling naval wargame.