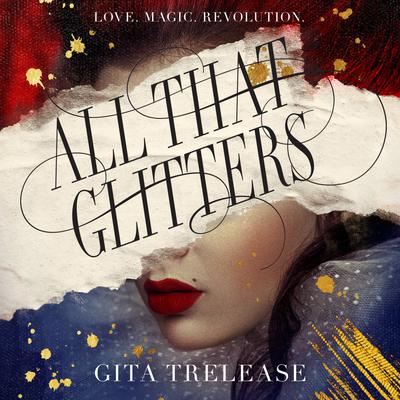 All That Glitters (Enchantée) (Digital Audiobook)

Originally published as Enchantée, Gita Trelease’s debut fantasy about an orphaned girl who uses dark magic to save her sister and herself is “a soaring success” (NPR)!

But magic has its costs, and soon Camille loses control of her secrets. And when revolution erupts, Camille must choose—love or loyalty, democracy or aristocracy, reality of magic—before Paris burns.

"Deliciously addictive. Enchantée is a lit firework crackling with treacherous magic, decadent romance, and disguises that take on lives of their own. I adore this gorgeous book."— Stephanie Garber, New York Times bestselling author of Caraval

“A heady, sparkling dream of a book. I tumbled head over heels into Enchantée’s dark and sumptuous magical Paris and wanted to stay there forever. One of the best fantasies I’ve read in years."— Margaret Rogerson, New York Times bestselling author of An Enchantment of Ravens

"Enchantée is a soaring success. I can think of no more satisfying way to fly across the years and enjoy a gilded view of Paris as it never was but could have been, with a little magic." — NPR