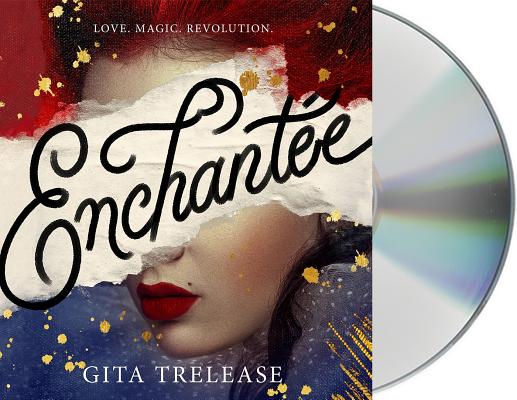 But magic has its costs, and soon Camille loses control of her secrets. And when revolution erupts, Camille must choose—love or loyalty, democracy or aristocracy, reality of magic—before Paris burns.

"Deliciously addictive. Enchantée is a lit firework crackling with treacherous magic, decadent romance, and disguises that take on lives of their own. I adore this gorgeous book."— Stephanie Garber, New York Times bestselling author of Caraval

“A heady, sparkling dream of a book. I tumbled head over heels into Enchantée’s dark and sumptuous magical Paris and wanted to stay there forever. One of the best fantasies I’ve read in years."— Margaret Rogerson, New York Times bestselling author of An Enchantment of Ravens

"Enchantée is a soaring success. I can think of no more satisfying way to fly across the years and enjoy a gilded view of Paris as it never was but could have been, with a little magic." — NPR

“An intoxicating blend of opulence, magic, intrigue and romance. Gita Trelease deftly balances a spellbinding story of desperation and deceit on the precipice of the epic revolution that changed history.” — Alwyn Hamilton, New York Times bestselling author of the Rebel of the Sands trilogy

Born in Sweden to Indian and Swedish parents, Gita Trelease has lived in many places, including New York, Paris, and a tiny town in central Italy. She attended Yale College and New York University, where she earned a Ph.D. in British literature. Before becoming a novelist, she taught classes on writing and fairy tales. Along with her husband and son, Gita divides her time between a village in Massachusetts and the coast of Maine. Enchantée is her debut novel.
Loading...
or
Not Currently Available for Direct Purchase