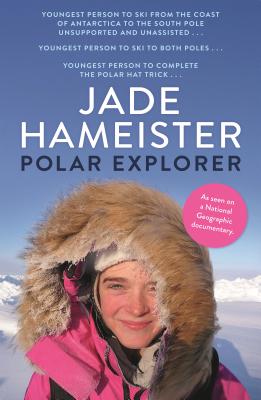 Polar Explorer is an inspiring and empowering story by sixteen-year-old Jade Hameister, chronicling her feat of being the youngest person to complete the Polar Hat Trick...

From her first trip to Everest Base Camp as a young woman, Jade Hameister knew what she wanted to achieve - the impossible.

This book will motivate and encourage young people to follow their dreams, no matter how impossible they may seem.

Jade Hameister is a 16-year-old student from Melbourne, Australia who loves being active and the outdoors. In addition to her polar feats, Jade has delivered a TEDx Talk in August 2016 and in early 2017, and she's appeared on "The Today Show" with Megyn Kelly. Jade is passionate about shifting the focus for young women from how they appear to the possibilities of what they can do and also about raising awareness about the impact of climate change on the Earth's beautiful and fragile polar regions.
Loading...
or
Not Currently Available for Direct Purchase