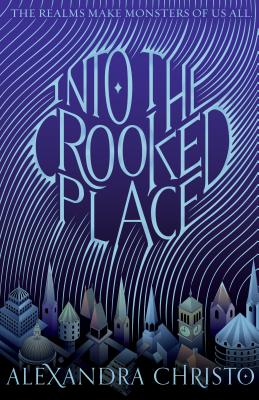 Into the Crooked Place


Praise For Into the Crooked Place…

"Christo offers the reader creative and thoughtful backstories for each protagonist, along with fully realized worlds rife with magic...Everywhere are people of color and acknowledgment of LGBTQ characters—nice touches not always seen in fantasy." -Booklist


" If you’re looking for a story of angsty teens with the world’s biggest chips on their shoulders, look no further! ... It’s a gangster heist story dealing with a lot of heavy themes, but I think everyone will find something to love in this story.... It's a wonderful read with awesome characters."—
The Nerd Daily

Alexandra Christo is a British author whose characters are always funnier and far more deadly than she is. She studied Creative Writing at university and graduated with the desire to never stop letting her imagination run wild. She currently lives in Hertfordshire with a rapidly growing garden and a never-ending stack of books. Her debut novel To Kill a Kingdom is an international bestseller and her Young Adult fantasy books have been translated into over a dozen languages worldwide.
Loading...
or
Not Currently Available for Direct Purchase