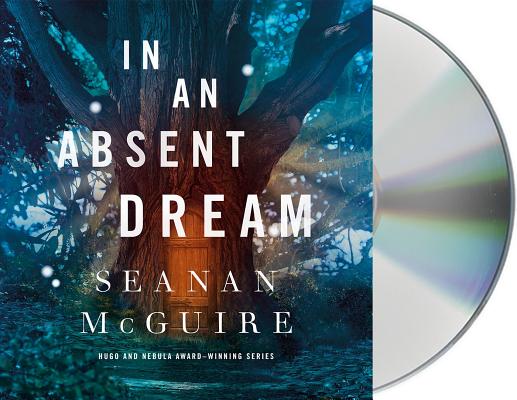 In an Absent Dream (Wayward Children #4)

This fourth entry and prequel tells the story of Lundy, a very serious young girl who would rather study and dream than become a respectable housewife and live up to the expectations of the world around her. As well she should.

When she finds a doorway to a world founded on logic and reason, riddles and lies, she thinks she's found her paradise. Alas, everything costs at the goblin market, and when her time there is drawing to a close, she makes the kind of bargain that never plays out well.

The Wayward Children Series
Book 1: Every Heart a Doorway
Book 2: Down Among the Sticks and Bones
Book 3: Beneath the Sugar Sky
Book 4: In an Absent Dream

SEANAN McGUIRE is the author of the Hugo, Nebula, Alex and Locus Award-winning Wayward Children series, the October Daye series, the InCryptid series, and other works. She also writes darker fiction as Mira Grant. Seanan lives in Seattle with her cats, a vast collection of creepy dolls, horror movies, and sufficient books to qualify her as a fire hazard. She won the 2010 John W. Campbell Award for Best New Writer, and in 2013 became the first person to appear five times on the same Hugo ballot. In 2022 she managed the same feat, again!
Loading...
or
Not Currently Available for Direct Purchase