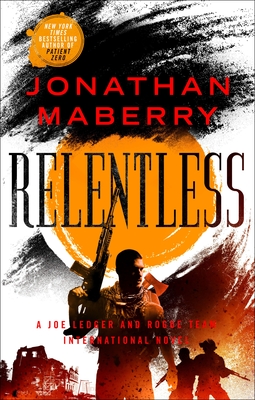 JOE LEDGER’s world has been torn apart. The people closest to him have been savagely murdered and Ledger is on the hunt for the killers. His already fragile psyche has cracked apart, allowing a dangerous darkness to overwhelm him.

His hunt takes him deep into the world of the deadly black market weapons sales, and standing in his way are a new generation of private military contractors. These mercenaries have been enhanced with cutting-edge cybernetics and chemical enhancements, transforming them into real-world super soldiers. Stronger, faster, harder to hurt, and fitted with built-in weapons. They are beyond anything Joe has ever faced.

But he is not the Joe Ledger they expected to fight. He is defined by the Darkness now. The attempt to destroy him—to break him—has backfired. Instead his enemies have turned him into a far more fearsome weapon.

Everyone is out for blood.

"Maberry...takes a calculated risk here, both in crafting a story that is darker than your typical Ledger novel and in taking Joe to a place from which we wonder if he can fully return. The author has been taking a lot of creative risks lately—see 2018’s Glimpse, for example—and it’s exciting to see them paying off so spectacularly here." --Booklist, starred review