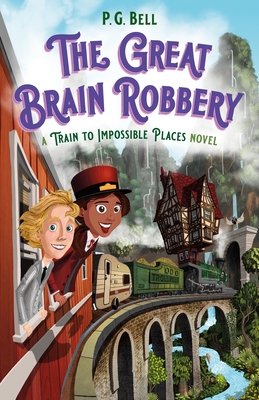 Praise for The Great Brain Robbery: A Train to Impossible Places Novel:

"Bell has a knack for timing, knowing just when to break away from the action. The characters in this volume are more developed, especially Suzy, who takes on leadership successfully. Part adventure, part mystery, part fantasy world set on its ear, there is something here for everyone." —Booklist

Praise for The Train to Impossible Places: