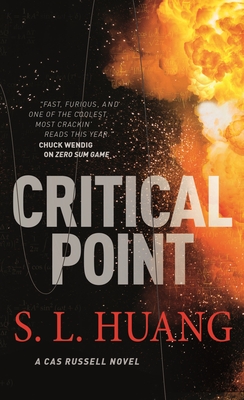 The explosions have never been bigger as math-genius mercenary Cas Russell returns in the next blockbuster adventure from S. L. Huang, Critical Point, a breakout science fiction thriller series for fans of John Scalzi and Greg Rucka.

Cas Russell has stopped a shadow organization from brainwashing the world and discovered her past was deliberately erased and her superhuman abilities deliberately created.