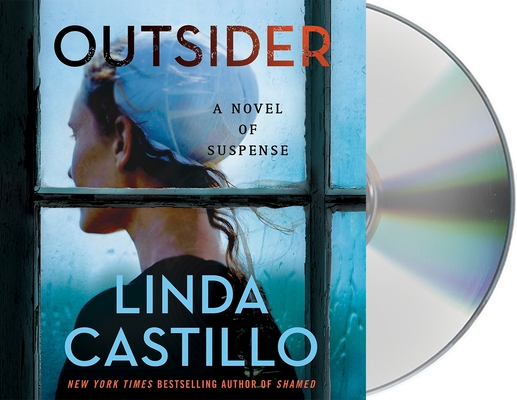 A Novel of Suspense (Kate Burkholder #12)

Linda Castillo follows her instant New York Times bestseller, Shamed, with Outsider, an electrifying thriller about a woman on the run hiding among the Amish.

While enjoying a sleigh ride with his children, Amish widower Adam Lengacher discovers a car stuck in a snowdrift and an unconscious woman inside. He calls upon Chief of Police Kate Burkholder for help, and she is surprised to recognize the driver: fellow cop and her former friend, Gina Colorosa.

Years before, Kate and Gina were best friends at the police academy and patrol officers in Columbus, but time and distance have taken them down two very different paths. Now, Gina reveals a shocking story of betrayal and revenge that has forced her to run for her life. She’s desperate for protection, and the only person she can trust is Kate—but can Kate trust her? Or will Gina’s dark past put them all in danger?

As a blizzard bears down on Painters Mill, Kate helps Gina go into hiding on Adam’s farm. While the tough-skinned Gina struggles to adjust to the Amish lifestyle, Kate and state agent John Tomasetti delve into the incident that caused Gina to flee. But as Kate gets closer to the truth, a killer lies in wait. When violence strikes, she must confront a devastating truth that changes everything she thought she knew not only about friendship, but the institution to which she's devoted her life.

"McInerney's masterly technique makes aural sense of the plain and kind Amish people bewildered by the violence, thuggery, and corruption that have come among them. McInerney's characters are alive, all human and believable." — AudioFile Magazine on Among the Wicked

"Kathleen McInerney does an excellent job of portraying this diverse cast, especially the Amish, who she instills with a shy, quiet dignity, and she handles the Pennsylvania Dutch language with the ease of a native." — Publishers Weekly on Pray for Silence

Linda Castillo is the author of the New York Times and USA Today bestselling Kate Burkholder series, set in the world of the Amish. The first book, Sworn to Silence, was adapted into a Lifetime original movie titled An Amish Murder starring Neve Campbell as Kate Burkholder. Castillo is the recipient of numerous industry awards including a nomination by the International Thriller Writers for Best Hardcover, the Mystery Writers of America’s Sue Grafton Memorial Award, and an appearance on the Boston Globe’s shortlist for best crime novel. In addition to writing, Castillo’s other passion is horses. She lives in Texas with her husband and is currently at work on her next book.