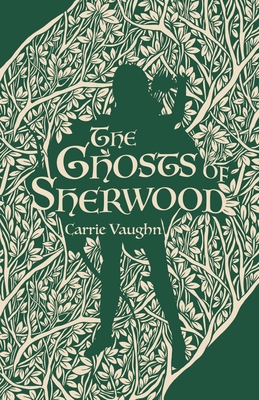 The Ghosts of Sherwood

Carrie Vaughn's The Ghosts of Sherwood revisits the Robin Hood legend with a story of the famed archer's children.

Everything about Father is stories.

Robin of Locksley and his one true love, Marian, are married. It has been close on two decades since they beat the Sheriff of Nottingham with the help of a diverse band of talented friends. King John is now on the throne, and Robin has sworn fealty in order to further protect not just his family, but those of the lords and barons who look up to him – and, by extension, the villagers they protect.

There is a truce. An uneasy one, to be sure, but a truce, nonetheless.

But when the Locksley children are stolen away by persons unknown, Robin and Marian are going to need the help of everyone they’ve ever known, perhaps even the ghosts that are said to reside deep within Sherwood.

And the Locksley children, despite appearances to the contrary, are not without tricks of their own…

Carrie Vaughn is best known for her New York Times bestselling series of novels about a werewolf named Kitty who hosts a talk radio show for the supernaturally disadvantaged. Her novels include a near-Earth space opera, Martians Abroad, from Tor Books, and the post-apocalyptic murder mysteries Bannerless and The Wild Dead. She's written several other contemporary fantasy and young adult novels, as well as upwards of 80 short stories, two of which have been finalists for the Hugo Award. She's a contributor to the Wild Cards series of shared world superhero books edited by George R. R. Martin and a graduate of the Odyssey Fantasy Writing Workshop. An Air Force brat, she survived her nomadic childhood and managed to put down roots in Boulder, Colorado.
Loading...
or support indie stores by buying on