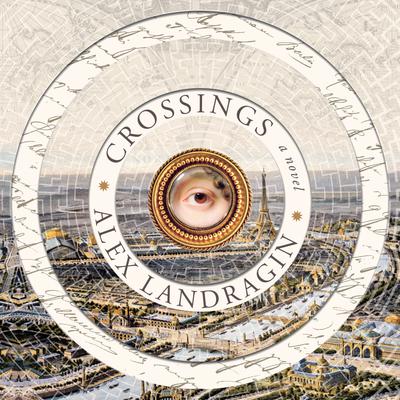 “Whoa! I am blown away by this book! A few wandering souls travel over time and space from the early 1800s to WWII in this truly unique story of love, struggle, and the desire to make things right. This book can be read two different ways: from cover to cover or in a page order mapped out at the beginning. It is a completely different reading experience depending on which way you choose. The atmosphere of Crossings is one of Sherlock Holmes written by a David Mitchell-esque character with a love for literature and Paris. This novel is beyond explanation—just read it!”
— Danica Ramgoolam, Townie Books, Crested Butte, CO
View the List

Alex Landragin's Crossings is an unforgettable and explosive genre-bending debut—a novel in three parts, designed to be read in two different directions, spanning a hundred and fifty years and seven lifetimes.

*To listen to this novel straight through, just play the program from the beginning. To listen to the Baroness Sequence, start with Download Part 2 at 12 hours, 21 minutes.*

On the brink of the Nazi occupation of Paris, a German-Jewish bookbinder stumbles across a manuscript called Crossings. It has three narratives, each as unlikely as the next. And the narratives can be listened to one of two ways: either straight through or according to an alternate chapter sequence.

The first story in Crossings is a never-before-seen ghost story by the poet Charles Baudelaire, penned for an illiterate girl. Next is a noir romance about an exiled man, modeled on Walter Benjamin, whose recurring nightmares are cured when he falls in love with a storyteller who draws him into a dangerous intrigue of rare manuscripts, police corruption, and literary societies. Finally, there are the fantastical memoirs of a woman-turned-monarch whose singular life has spanned seven generations.

With each new chapter, the stunning connections between these seemingly disparate people grow clearer and more extraordinary. Crossings is an unforgettable adventure full of love, longing and empathy.

"A high-concept speculative adventure novel executed with intelligence and grace, Australian writer Landragin’s debut contains a story within a story within a story. Crossings is an invigorating puzzle of a book that reads like a complete, intricate work of genre-defying fiction rather than just a cool gimmick." -- Vulture

"A sparkling debut. Landragin’s seductive literary romp shines as a celebration of the act of storytelling." —Publishers Weekly