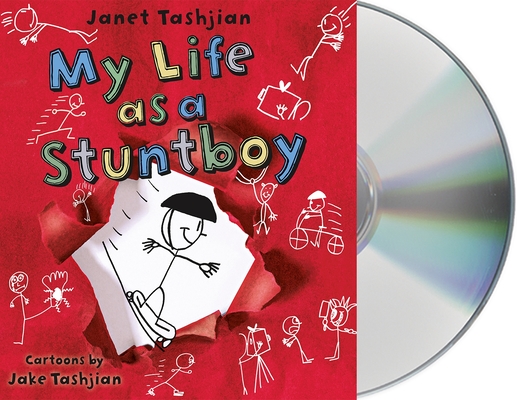 My Life as a Stuntboy is the follow-up to the acclaimed My Life as a Book starring the irrepressible Derek Fallon. Janet and Jake Tashjian’s award-winning My Life series, praised by Kirkus Reviews as “a kinder, gentler Wimpy Kid with all the fun”, follows the coming-of-age misadventures of middle-grader Derek Fallon in school and through his attempts to follow his bliss.

Derek Fallon gets the opportunity of a lifetime—to be a stuntboy in a major movie featuring a pretty teen starlet. After accepting the job he learns that he is the star's stunt double and must wear a wig! His friends are never going to let him live this down.

If that weren't his only problem, his parents are threatening to give away his pet monkey, and his best friend just posted an embarrassing video of him on YouTube. Can life get any worse? Still the irrepressible Derek takes it all in stride and even manages to save the day.