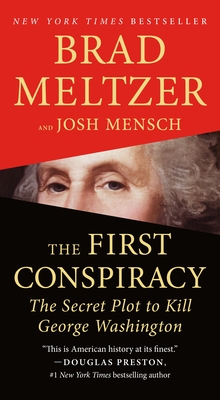 Taking place during the most critical period of our nation’s birth, The First Conspiracy tells a remarkable and previously untold piece of American history that not only reveals George Washington’s character, but also illuminates the origins of America’s counterintelligence movement that led to the modern day CIA


Praise for The First Conspiracy:

"This is American history at its finest, a gripping story of spies, killers, counterfeiters, traitors?and a mysterious prostitute who may or may not have even existed. Anyone with an interest in American history will love this book." - Douglas Preston, #1 bestselling author of The Lost City of the Monkey God

“A wonderful book about leadership?and it shows why George Washington and his moral lessons are just as vital today. What a book. You’ll love it.” - President George H.W. Bush

“This is an important book: a fascinating largely unknown chapter of our hazardous beginning, a reminder of why counterintelligence matters, and a great read.” - President Bill Clinton