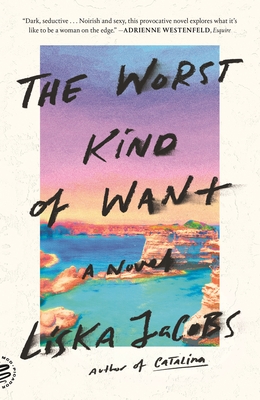 A Best Book of Fall at Esquire, Vulture, Pop Sugar, CrimeReads, Alta, and Cosmopolitan
Longlisted for the 2020 Simpson / Joyce Carol Oates Literary Prize
Most Anticipated at CrimeReads, The Millions, The Palm Beach Post, and Lit Hub
A Best Book of the Week at New York Post

"The Worst Kind of Want parodies comfy carbo-loads like Eat, Pray, Love. Jacobs uses, to interesting effect, backdrops that threaten to become cliché, fashioning them into the book’s central conceit: that beauty can be a distraction, a mask we use to obscure trauma . . . Ultimately, The Worst Kind of Want presents Jacobs at her best: thinking through the fraught ethical problems and pitfalls of desire . . . Jacobs is establishing herself as a novelist who can probe what it means to be both selfish and vulnerable, asking with bald-faced earnestness: What, in 2019, are adult women allowed to want—and at what cost?"
—Bryn Lovitt, The Believer

"At its heart, a good melodrama pulls heartstrings while pushing readers to choose sides, not unlike medieval morality plays. Really good melodrama, the kind modern readers relish, reminds us that any side you choose has disadvantages. The Worst Kind of Want, Liska Jacobs' second novel, is really good melodrama—not least because it's filled with characters behaving badly. . .[a] smart, sad story."
—The Washington Post

Liska Jacobs is the author of Catalina, and her essays and short fiction have appeared in The Rumpus, the Los Angeles Review of Books, Literary Hub, The Millions, and The Hairpin, among other publications. She holds an MFA from the University of California, Riverside.
Loading...
or support indie stores by buying on