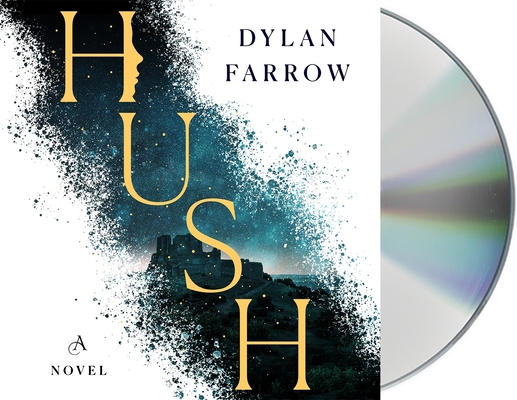 "[Narrator Emily] Shaffer gives an outstanding performance of this story with exciting character voicing variations and creating a memorable character in Shae." -- Booklist

A stunning and timely debut from activist Dylan Farrow, Hush is a powerful feminist fantasy full of surprising insights, that casts a ray of light into the shadows of a society based on silencing and lies.

How do you speak up in a world where propaganda is a twisted form of magic?

In the land of Montane, language is literal magic to the select few who possess the gift of Telling. This power is reserved for the Bards, and, as everyone knows, the Bards have almost always been men.

Seventeen-year-old Shae has lived her entire life in awe of the Bards—and afraid of the Blot, a deadly disease spread by ink, which took the life of her younger brother five years ago. Ever since, Shae fears she’s cursed. But when tragedy strikes again, and her mother is found murdered with a golden dagger—a weapon used only by the Bards—Shae is forced to act.

With a heart set on justice, Shae journeys to High House in search of answers. But when the kind, fatherly Cathal, the High Lord of Montane, makes Shae an undeniable offer to stay and train as a Bard, Shae can’t refuse.

Through this twisty tale, Shae endures backbreaking training by a ruthless female Bard, tentative and highly-forbidden feelings for a male Bard with a dark past, and a castle filled with dangerous illusions bent on keeping its secrets buried.

But sometimes, the truth is closer than we think. We just have to learn to listen.

"Farrow carefully crafts a layered world hiding dark secrets and gives us a fierce protagonist determined to unearth the truth-no matter the consequences. A compelling tale that's bound to grab your heart."--Swati Teerdhala, author of the Tiger at Midnight series

DYLAN FARROW is a writer, mother, and activist for survivors of sexual assault. Growing up in both New York City and rural Connecticut, she spent countless hours drawing and writing for pleasure. After graduating from Bard College she found a position at CNN as a production assistant and later moved into graphic design. Soon, however, she felt that neither were her calling. Dylan returned to writing full time, exploring her love of YA fantasy. She is the author of Hush and Veil.
Loading...
or
Not Currently Available for Direct Purchase