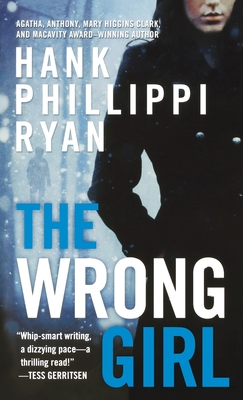 Jane and Jake are soon on a trail full of twists and turns that takes them deep into the heart of a foster care system in crisis and threatens to blow the lid off an adoption agency scandal. When the threatening phone calls start, Jane knows she is on the right track…but with both a killer at large and an infant missing, time is running out….

The Wrong Girl is a riveting novel of familial relationships—both known and unknown—vile greed, senseless murder, and the ultimate in deception. What if you didn't know the truth about your own family?

USA Today bestselling author HANK PHILLIPPI RYAN has won five Agatha Awards in addition to Anthony, Macavity, Daphne du Maurier, and Mary Higgins Clark Awards. As on-air investigative reporter for Boston's WHDH-TV, she's won 37 Emmys and many more journalism honors, and her work has resulted in new laws, criminals sent to prison, homes saved from foreclosure, and millions of dollars in restitution for victims and consumers. A past president of National Sisters in Crime and founder of MWA University, her novels include Trust Me, The Murder List, the Charlotte McNally series (starting with Prime Time), and the Jane Ryland series (which begins with The Other Woman). Ryan lives in Boston with her husband, a nationally renowned civil rights and criminal defense attorney.
Loading...
or support indie stores by buying on