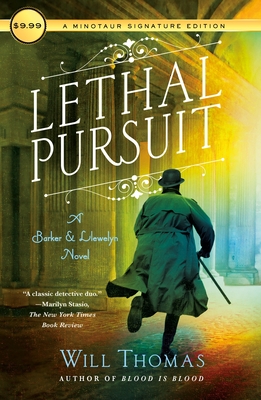 London, 1892—Cyrus Barker is brought into a game of international espionage by the Prime Minister himself in Lethal Pursuit, the newest mystery in Will Thomas's beloved series.

WILL THOMAS is the author of the Cyrus Barker and Thomas Llewelyn series, including The Black Hand, The Hellfire Conspiracy, The Limehouse Text, To Kingdom Come, and the Shamus and Barry award-nominated Some Danger Involved. He lives with his family in Oklahoma.
Loading...
or
Not Currently Available for Direct Purchase