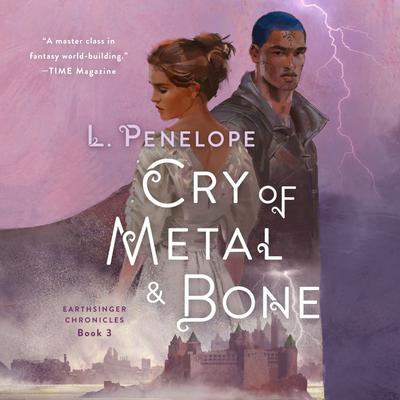 The Mantle dividing Elsira and Lagrimar has fallen. As the two kingdoms struggle to unify, one threat stands above them all.

As desperate Lagrimari flee their barren land for a chance at a better life in Elsira, a shadowy group with ties to the Elsiran government launches an attack on their own soil. With threats of more violence, an unlikely crew is assembled to investigate. Among them are Lizvette Nirall, a disgraced socialite seeking redemption for past mistakes, and Tai Summerhawk, a foreign smuggler determined to keep a promise he made to a dead man.

It’s a race against time in this world of deadly magic, secret agendas and court intrigue to discover those responsible before the next assault. And in another land a new enemy awakens—one that will strike terror into the hearts of gods and men.

L. PENELOPE has been writing since she could hold a pen and loves getting lost in the worlds in her head. She is an award-winning author of new adult, fantasy, and paranormal romance. She lives in Maryland with her husband and their furry dependents. Her books include the Earthsinger Chronicles (Song of Blood & Stone, Whispers of Shadow & Flame).