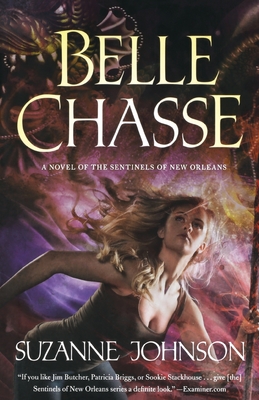 A Novel of the Sentinels of New Orleans

With the wizard-elven treaty on the verge of collapse, the preternatural world stands on the brink of war. Unless former wizard sentinel DJ Jaco manages to keep the elven leader, Quince Randolph, focused on peace and not personal matters. With no one on the throne, Faerie is in chaos, with rival princes battling for power. The still-undead pirate, Jean Lafitte, is building his own army of misfits, and DJ--stripped of her job and hiding in the Beyond to avoid the death sentence handed down by the wizard Council of Elders--can't get anywhere near her beloved New Orleans or her significant something-or-other, Alex. It's time to choose sides. Friends will become enemies, enemies will become allies, and not everyone will survive. DJ and her friends will learn a hard lesson: sometimes, even the ultimate sacrifice isn't enough.

SUZANNE JOHNSON lives in Auburn, Alabama. A veteran journalist with more than fifty national awards for writing and editing nonfiction, she is also Susannah Sandlin. As Sandlin, Johnson has won two Holt Awards (for paranormal romance and romantic suspense) and been a two-time finalist for the RT Book Reviews Reviewers Choice Award. She is the author of the urban fantasy novels Royal Street and River Road.
Loading...
or support indie stores by buying on