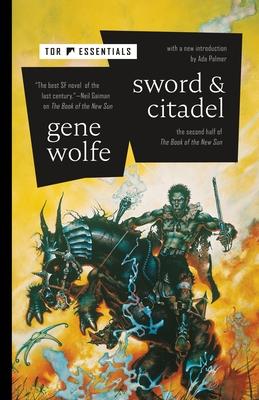 “A major work of twentieth-century American literature...Wolfe creates a truly alien social order that the reader comes to experience from within...once into it, there is no stopping.” ­—The New York Times on The Book of the New Sun

This new Tor Essentials edition of Sword & Citadel contains a new introduction by historian and novelist Ada Palmer, author of the award-winning Too Like the Lightning.

Gene Wolfe has been called "the finest writer the science fiction world has yet produced" by the Washington Post.

THE BOOK OF THE NEW SUN is unanimously acclaimed as Wolfe’s most remarkable work, hailed as “a masterpiece of science fantasy comparable in importance to the major works of Tolkien and Lewis” by Publishers Weekly and “one of the most ambitious works of speculative fiction in the twentieth century” by the Magazine of Fantasy & Science Fiction.

The Citadel of the Autarch brings The Book of the New Sun to its harrowing conclusion, as Severian clashes in a final reckoning with the dread Autarch, fulfilling an ancient prophecy that will alter forever the realm known as Urth.

"Wonderfully vivid and inventive... the most extraordinary hero in the history of the heroic epic.” —The Washington Post