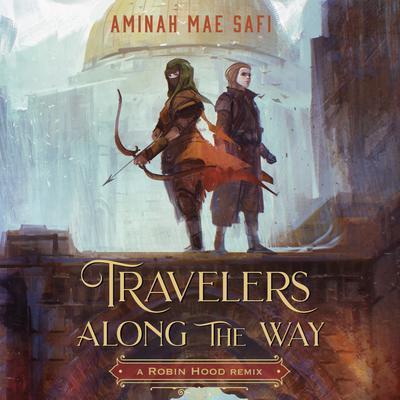 Travelers Along the Way (Digital Audiobook)

A ragtag band of misfits gets swept up in Holy Land politics in Travelers Along the Way by Aminah Mae Safi, a thrilling YA remix of the classic legend of Robin Hood.

Jerusalem, 1192. The Third Crusade rages on. Rahma al-Hud loyally followed her elder sister Zeena into the war over the Holy Land, but now that the Faranji invaders have gotten reinforcements from Richard the Lionheart, all she wants to do is get herself and her sister home alive.

But Zeena, a soldier of honor at heart, refuses to give up the fight while Jerusalem remains in danger of falling back into the hands of the false Queen Isabella. And so, Rahma has no choice but to take on one final mission with her sister.

On their journey to Jerusalem, Rahma and Zeena come across a motley collection of fellow travelers—including a kind-hearted Mongolian warrior, an eccentric Andalusian scientist, a frustratingly handsome spy with a connection to Rahma's childhood, and an unfortunate English chaplain abandoned behind enemy lines. The teens all find solace, purpose and camaraderie—as well as a healthy bit of mischief—in each other's company.

But their travels soon bring them into the orbit of Queen Isabella herself, whose plans to re-seize power in Jerusalem would only guarantee further war and strife in the Holy Land for years to come. And so it falls to the merry band of misfits to use every scrap of cunning and wit (and not a small amount of thievery) to foil the usurper queen and perhaps finally restore peace to the land.

Praise for Travelers Along the Way:

"Travelers Along the Way is the Robin Hood retelling I did not know I wanted. Deeply researched and masterfully written, here is a story that’s not only thrilling, but also delightfully clever!" —Tanaz Bhathena, author of A Girl Like That and Hunted by the Sky

"If you love heists, found family, and stealing from the rich and giving to the poor, then put Aminah Mae Safi's heartfelt and humorous take on Robin Hood at the very top of your TBR." —Jodi Meadows, New York Times bestselling co-author of My Lady Jane

Aminah Mae Safi is a Muslim-American writer. Safi was the winner of the We Need Diverse Books short story contest, and that story appeared in the anthology Fresh Ink. She lives in Los Angeles, California, with her partner and cat. Travelers Along the Way is her fourth YA novel, after Not the Girls You're Looking For, Tell Me How You Really Feel, and This Is All Your Fault.