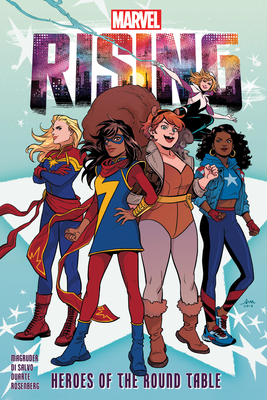 Heroes of the Round Table

With the powers of Girl and the powers of Squirrel on their side, Kamala Khan and Doreen Green are an unbeatable team! But that title is about to be seriously challenged - because New Jersey has been invaded by a swarm of knights in shining...suits?! When Morgan Le Fay invades New Jersey, she turns it into New Camelot - and that calls for a heroic Round Table! Squirrel Girl and Ms. Marvel need allies to help protect their home turf - and they know just who to call. When Miles Morales, the Inhuman Inferno and former S.H.I.E.L.D. agent Daisy Johnson rise to the challenge, they're sure to have Morgan on the ropes. Unless, of course, she sends a giant horde of monsters after them! Don't miss the return of the titanic team-up that's got everyone talking!